Accounting and manufacturing (collectively known as ERP) Implementations - SAS has performed hundreds of ERP implementations for businesses throughout the Western US.
Management Consulting - SAS offers a range of IT and business consulting services to middle market companies. 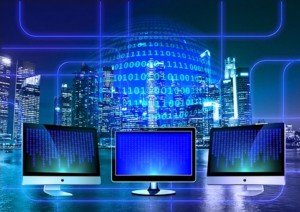 Middle market businesses are faced with many challenges, particularly in the area of IT.  Knowing where to invest limited resources and understanding the true value/risks of IT investments can be a daunting task, particularly when owners/management have little experience with IT.  Often times, internal IT staff is tactically focused and has difficulty with strategic or business-oriented issues.

Systems Advisory Services consultants have provided IT advisory services to many companies throughout California and the Pacific Northwest.  Our consultants have 20+ years of IT consulting experience along with strong business/accounting backgrounds.

We work closely with senior management to address their most pressing issues. A sample of some issues that we helped resolve include:

Our team offers an independent perspective for companies that are not able to come to a consensus on key IT issues.  We are able to effectively understand and relate to positions taken by IT personnel , end users and management.

Some Projects We’ve Worked On

Multi-State Risk Management Company: This company was attempting to align its IT strategy with a rapid growth in business operations.  There was uncertainty within the executive group over what components of their enterprise systems should be developed versus selecting off-the-shelf software.  SAS assisted in analyzing these options, including issues involving integration of a mixed development/package software environment.  We recommended an organization structure for their IT department with estimated staffing levels to support the target strategy.  We also helped them with the recruitment of a new CIO.

West Coast Labor Association:   This organization was responsible for the deployment and payroll for a large union.  Their accounting department had been using the same ERP system for several years and felt it no longer effectively supported its needs.  SAS reviewed the overall information system needs of the organization and how the current system was configured to address those needs.  We recommended that they make certain changes to how the software was implemented including specific company setup, restructured chart of accounts, additional reports, and indirect cost allocation.  We also recommended business process changes that would resolve certain problems that were perceived to be software limitations.  With these recommendations, we believed replacing the ERP software was not justified.

International Steel Fabrication Company:  This company, which is composed of three primary business units, had selected a new ERP system and was six months into its implementation when it became apparent the project was in trouble. The schedule kept slipping, the implementation budget was close to expended, and business units were resisting efforts to convert to the new system. SAS was asked to review the selection decision made and determine how best to restructure the project. We concluded that the ERP software selected was an appropriate choice for the largest of the three business units. The other two business units already had ERP software that provided better options for them. An additional enterprise budgeting and reporting system was needed to bring all three business units together for financial management purposes. We introduced needed project management discipline including a new framework for preparation and control of project plans.